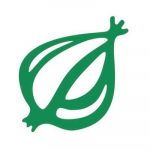 It’s true. The Republicans are falling all over themselves to praise a murderous little thug. I guess we should have expected that.

Only purebloods will escape the curse of the vampire! » « They’re on to us!