Way back in 2009, the American Humanist Association thought I was worthy of their Humanist of the Year award. I was honored to receive it, and still don’t know if I really deserved it, but I do keep it in my office. I had no idea it could be taken away. 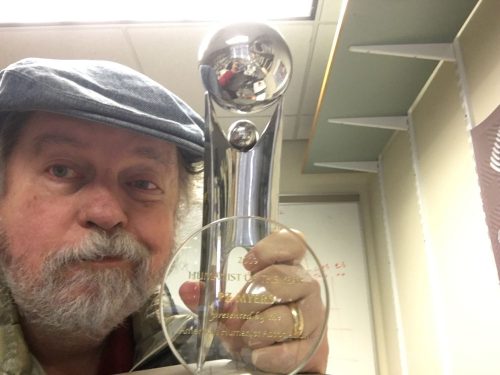 Apparently, you have to maintain your status as a good humanist, which I think is entirely appropriate. If I start promoting bigoted ideas, it should be retracted.

As has happened to Richard Dawkins, who was a recipient in 1996.

Regrettably, Richard Dawkins has over the past several years accumulated a history of making statements that use the guise of scientific discourse to demean marginalized groups, an approach antithetical to humanist values. His latest statement implies that the identities of transgender individuals are fraudulent, while also simultaneously attacking Black identity as one that can be assumed when convenient. His subsequent attempts at clarification are inadequate and convey neither sensitivity nor sincerity.

Consequently, the AHA Board has concluded that Richard Dawkins is no longer deserving of being honored by the AHA, and has voted to withdraw, effective immediately, the 1996 Humanist of the Year award.

I’m sure that Richard Dawkins has many more awards and honors than I do, so he’ll hardly miss one little trophy, but it still has to sting to be told you no longer deserve this one.

It also sends a message that humanists should regard trans rights as a great good, one not to be denied.

P.S. I also have one of these (Dawkins received a similar award from the IHEU/BHA in 2009). I think that makes me a certifiable humanist. 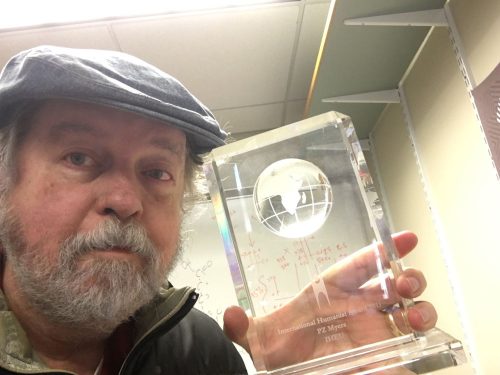 And this humanist has been saying “Trans Rights!” all along.

Let me out of the human race! » « I don’t see what it has to do with spiders