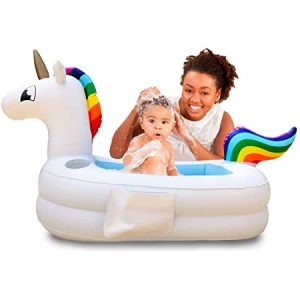 In my previous post on the now-cancelled Coyne (the catapult is probably on the way to his office even now), I neglected to mention the other ludicrous part of his comment defending Ronald Fisher, and since transphobia has been brought up in the comments, is particularly appropriate.

Of course the spread of wokeness means that balanced assessments like this one are rare; usually just the idea that someone espoused eugenics is enough to get them canceled and their honors removed. It saddens me, having already known about Fisher and his views, that what I considered my “own” professional society—the Society for the Study of Evolution—and a society of which I was President, is now marinated in wokeness, cancelling Fisher, hiring “diversity” experts to police the annual meeting at great cost, and making the ludicrous assertion—especially ludicrous for an evolution society—that sex in humans is not binary (read my post on this at the link).

See, Jerry Coyne knows better than most of the members of the Society for the Study of Evolution…and in fact, more than almost all the other national and international biological societies. I’d be impressed if he wasn’t insisting on something that is flatly wrong. The simplest and most obvious refutation — has he never heard of intersex individuals? (He has, but his argument is that sex is strongly bimodal, a fact that doesn’t refute anything in the statement below, and suggests that he doesn’t understand the difference between uncommon and nonexistent.) The differentiation of sex is complex with multiple opportunities for variation.

If you were curious, here’s the ludicrous assertion by the SSE:

We, the Council of the Society for the Study of Evolution, strongly oppose attempts by the Department of Health and Human Services (HHS) to claim that there is a biological basis to defining gender as a strictly binary trait (male/female) determined by genitalia at birth. Variation in biological sex and in gendered expression has been well documented in many species, including humans, through hundreds of scientific articles. Such variation is observed at both the genetic level and at the individual level (including hormone levels, secondary sexual characteristics, as well as genital morphology). Moreover, models predict that variation should exist within the categories that HHS proposes as “male” and “female”, indicating that sex should be more accurately viewed as a continuum.* Indeed, experiments in other organisms have confirmed that variation in traits associated with sex is more extensive than for many other traits. Beyond the false claim that science backs up a simple binary definition of sex or gender, the lived experience of people clearly demonstrates that the genitalia one is born with do not define one’s identity. Diversity is a hallmark of biological species, including humans. As a Society, we welcome this diversity and commit to serving and protecting members regardless of their biological sex, gender identity or expression, or sexual orientation.

I can’t disagree with any of that.

So many frauds, so few Nathan Robinsons » « Who’s afraid of the big bad Woke Mob? Not me.