Spotted in Morris: crude, ugly “WE ALL MATTER” sign, dirty American flags and blue line flags, and to top it all off, “JESUS” on the roof. It really needs a few Trump signs for that special je ne sais quoi, but maybe those went down after the colossal failure. 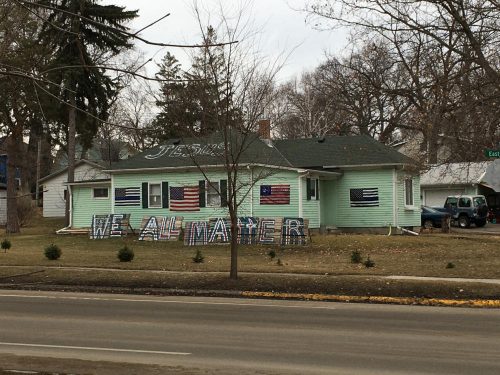 I’m sure the neighbors appreciate the reduction in property values all around — it keeps the taxes lower, you know.