AAARGH. FUCK! SHIT NO! Do not trust this man ever. I’m seeing all this nonsense about how we ought to be conciliatory now that we won one election, and my rage knows no bounds. I’m just someone who is seeing those MAGA chuds trying to destroy and criminalize mere science, I can’t even imagine how people whose very existence has been targeted for annihilation would feel. No. Just no. No apologies to Republican scum. Their poisonous ideas need to be hounded out of the body politic — they can go join the Nazis in the hall of infamy.

This is how I feel about these people now saying it’s time to make nice. 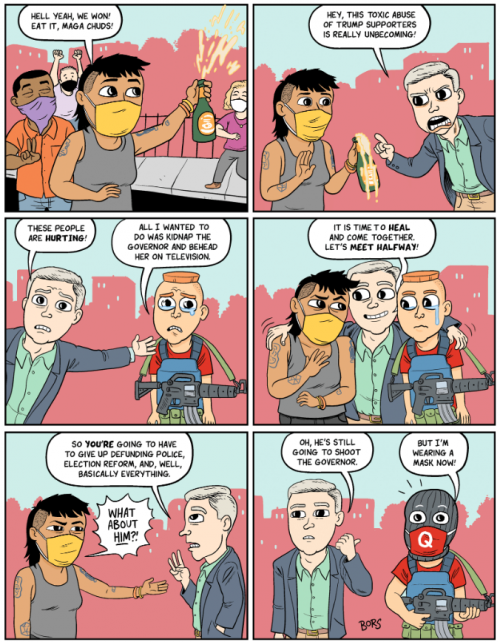 Give up nothing. Fuck Charles Koch.

I guess I’m going to go play a game of Among Us with people who aren’t toxic assholes, before I get back to grading.

Living next door to the worst » « Gladsome tidings!