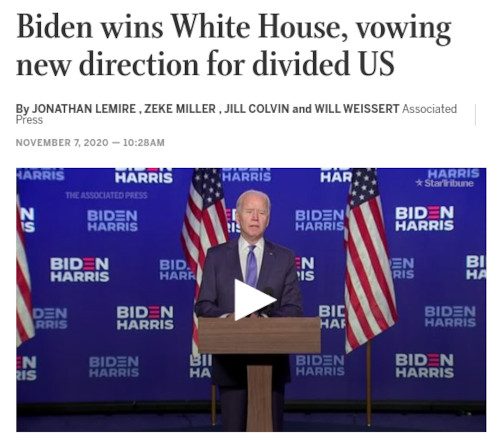 Now we need to get to work and push that lackluster centrist dork leftward to get essential changes made. No complacency allowed!

I hear Trump left the White House this morning to go golfing. He should probably cut that short and start making plans to flee the country. He might be welcome in Russia, although I hear they don’t much care for failures. North Korea?