I thought I was pissed off when Trump took a joyride after being hospitalized with COVID-19. That was disgracefully irresponsible and exposed who knows how many people to his disease — at least his driver, that’s for sure — to accomplish nothing, other than to advertise his insensitivity. I mean, I had a few symptoms two weeks ago, and went in for a coronavirus test that turned out to be negative, and I was still told to quarantine myself for 10 days in case it was a false negative, and I did. That was ten days in which I didn’t even leave my house, and my spiders were hungry and I was desperate for escape, and I was scrupulous in following the recommendations of my doctor.

Trump was diagnosed with a positive case, the disease is spreading rapidly through the White House staff, and he decided to do a ridiculous publicity stunt? Fuck him, and all his little sycophants.

But my annoyance is nothing compared to this woman’s.

I am so angry. Unspeakably angry.

I had to have a Zoom memorial for my son. His ashes are still on my desk as it hasn’t felt safe enough to drive up to Oregon to scatter them where he and i scattered his father’s 15 years ago. I have hugged no one but my husband since March.

I can’t even imagine. I don’t want to imagine. My family has been spared so far, but I fear every day that the slapdash stupid way we implement basic hygiene procedures is going to catch up to me and mine personally, and I’ll probably snap and turn into the avenging angel who wanders through the local grocery store punching every ignorant asshole who wears a mask below their nose in the face.

Hey, Americans — do you even realize how idiotic you look when you wear a mask below your nose, or worse, below your chin? 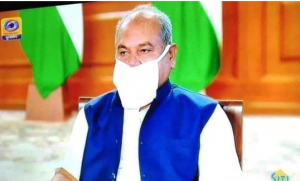 Does it even cross their little, selfish minds that their irresponsibility might cause suffering?

Am I terrible for thinking… » « Old drama, and TERFs revisiting