I saw this meme about Satan, and it made me ask a question. What horrible acts did Satan do in the Bible? 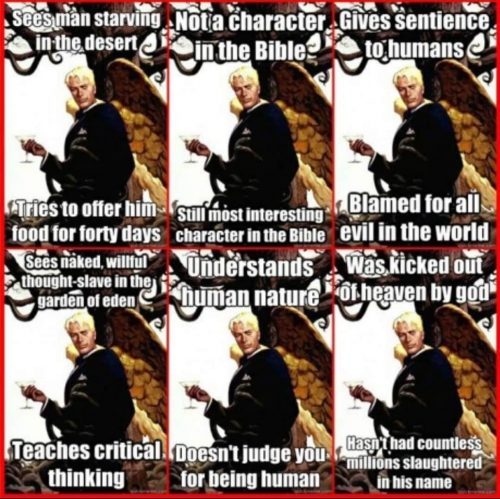 I know about the horrors God is said to have committed — plagues and smitings and genocide and wars of conquest and murdering all but 8 people on Earth — but all this Satan character seems to do is tempt people away from worshipping the psychopathic deity. I’m not sufficiently informed about the Bible to know all the details, so…are there stories about Satan afflicting people with boils? Siccing bears on children? Asking people to murder their neighbors? There’s a notable lack of specific crimes attributed to the so-called bad guy. It’s a book claimed to be written/inspired by God — do we need to introduce Christians to the concept of the unreliable narrator?