NASCAR, a sport I have negative interest in following, has decreed that Confederate flags are no longer allowed at their events, which have always been characterized by good ol’ boys waving traitor’s flags and decorating their cars with them. Bold move! I imagine a fair number of their fans are choking on their chaw right now. One of them, Ray Cicarelli, has announced that he will no longer be participating.

Ciccarelli said he does not like the direction NASCAR is headed, adding that he does not believe in kneeling during the National Anthem, nor does he believe in taking away the right for people to fly whatever flag they choose.

What an interesting position to take! So you can fly whatever flag you want…although I’ve noticed a remarkable dearth of these flags at NASCAR, but then, I haven’t paid much attention. I think you’d get beat up pretty bad if you tried. 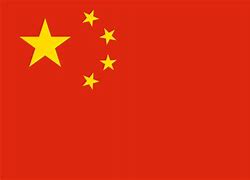 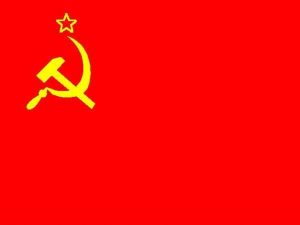 So you could commend his commitment to free speech, except that he also declares that you shouldn’t be allowed to kneel during the Glorious Patriotic Drinking Song, which means his reasoning isn’t at all based on personal liberty. What could his rationale be?

I mean, the reason the Confederate flag is on a shit list is because it represents white supremacy, bigotry, and oppression — and also, incidentally, slavery — so it’s easy to understand why The Libs think it is inappropriate. Is Mr Ciccarelli in favor of those things?

The real reason Ciccarelli is leaving the game: 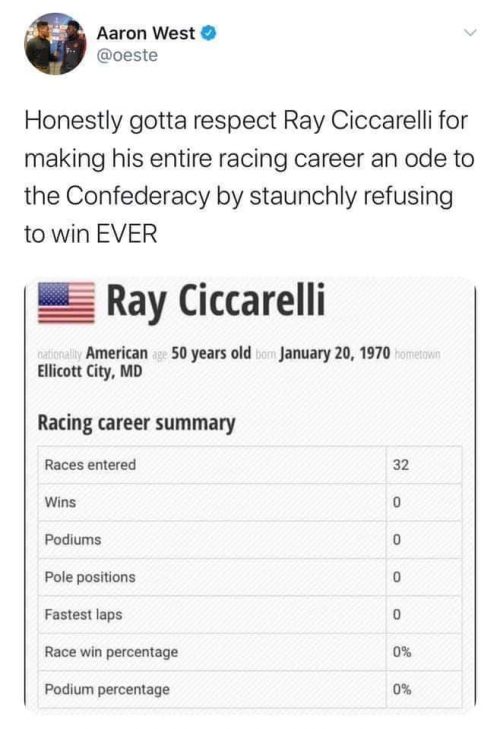 I’d forgotten that our state capitol even had a statue of Christopher Columbus » « Eww, ick, gross