Does someone else recall how detested Bill Gates was in the 1970s and 80s? He really didn’t contribute anything to the home computing community other than avarice, trying to claim ownership of BASIC, for instance. 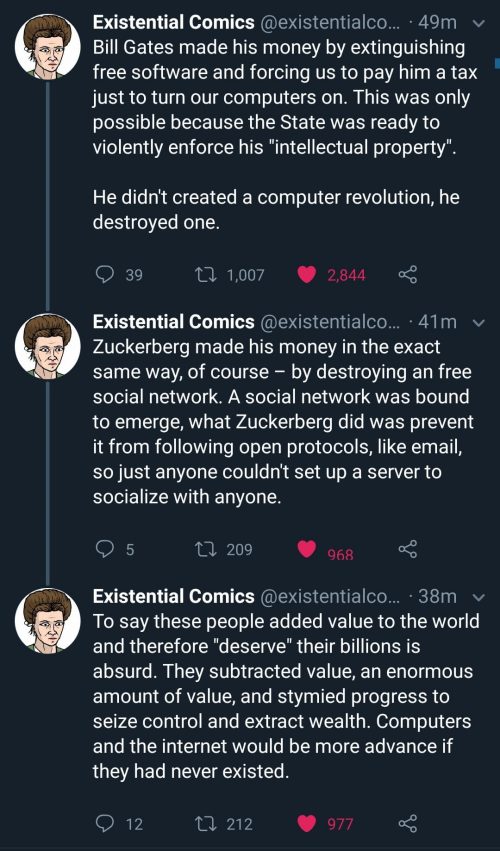 I watched it all happen, as computing got taken over by college dropouts whose goal was to snatch up and lock down and own all the potential that was emerging. Those guys aren’t legends of computer history, more like mediocre businessmen who got lucky and stole ownership. The real contrast is with Jobs, who was all flash and no substance, and Woz, who really is admirable and brilliant (seriously: his code for the drive controller was beautiful and elegant and clean, and blew me away when I started taking it apart).

What killed World of Warcraft for you? » « And then…the monster leapt out and surprised me!