Milo Yiannopoulos and Gavin McInnes were having lunch together — now there’s a lunch date from hell — when someone recognized their villainy, yelled at them, and poured water on them, as one righteously does. The two scumbags just laughed it off, though.

Mr Yiannopoulos said it was only with water which is so lame. 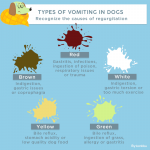 Well, gosh, I guess there are standards. Next time, use salad oil, or soy sauce, or mayonnaise — those are often handy in restaurants. Raw eggs or an open tin of surströmming would be even better, but you’d have to come prepared. One can always fall back on the old standby of simply puking on them.

I can imagine even worse things, but you have to leave room to escalate for when you encounter Henry Kissinger or Dick Cheney in public.

How ’bout if we remember our veterans by not starting any more wars? » « Garbage in, garbage all over the place