I’m certainly not celebrating today. We’ve got more to regret than to praise.

We’re running concentration camps on our southern border. It’s not a recent aberration, either: we were enslaving people before we became a nation, we built this country on the labor of the barracoon. We slaughtered the native population and herded the survivors into reservations. My university was founded on the site of an Indian school, where children were ripped from their families and imprisoned to be taught White Man’s Ways; there’s a big sign outside the building where I work to remind me of that every day.

We’ve been at war since our founding. It’s easy to forget, since we civilians are kept fairly well insulated from the consequences, but if you’re one of the working poor drafted to fight, or worse, one of the targets of our wrath, you know it. Nowadays we do most of our killing remotely, with drones or bombers, so even the military suffers little pain. 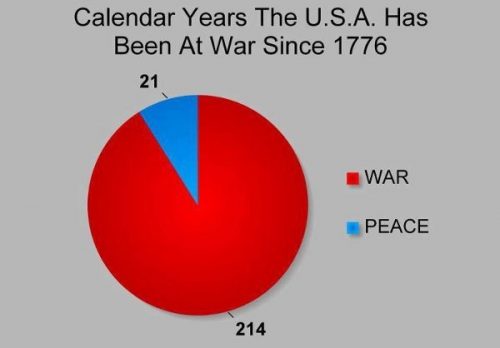 We’ve elected a crude, ignorant boor to the presidency who is disgracing our nation before the eyes of the world. We have a state propaganda channel that funnels lies to the populace. The “newspaper of record” provides a mouthpiece to apologists for the status quo. We’re having a goddamn military parade in the capitol today. I’m torn between thinking that at least it honestly represents the spirit of the country and thinking it is deplorable and vile.

I’m expected to treat this as a holiday celebration?

I’m not going to. I’m waiting to celebrate the revolution that erases this stain.