We were out spider-huntin’ again today, adding more data to the collection, and finding this Steatoda, which is about as big as they get. We’ve captured a couple of representatives of this species now, but they’re all female. 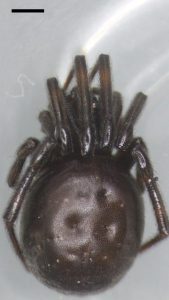 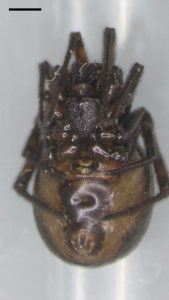 We limit the number we capture to one or two a day, because we don’t want to perturb the local populations too much. I’m only planning to breed Parasteatoda tepidariorum, though, so I’m going to have to do something with the other species we find…I’m probably going to release them all at my house, since I did so much collecting here that the population is hopelessly messed up already, which may turn my house into a weird little hotbed of exotic spider diversity.

I wonder if that will increase the property value? It should.

You think spiders are weird? At least I’m not working on turkeys. » « The one true Batman is no more