If only philosophical SWAT teams existed…although the members would probably spend more time arguing with each other than battling those prominent boobs with bad philosophical imaginations. 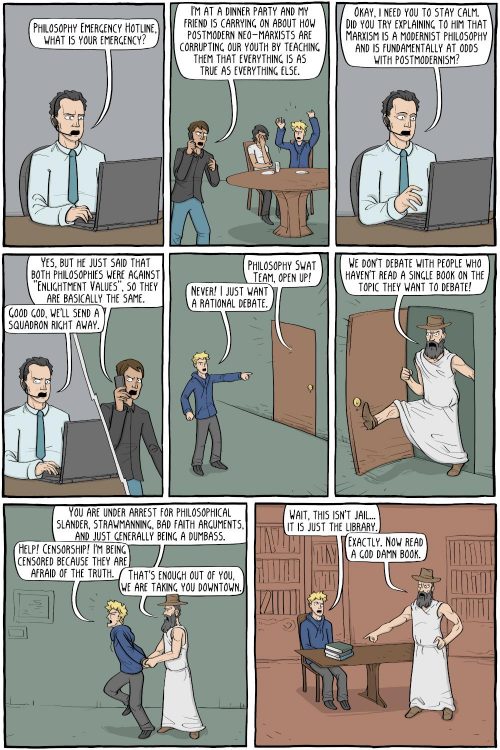 The commentary is good, too.

There are a large number of people who spend a good majority of their time and energy worrying about something called “postmodern neo-marxists”, while rather amazingly, not being able to name a single one, or describe what they believe. Apparently though, these mysterious postmodernists think that “everything is as true as everything else” (a position that no one has ever held), and are engaged in some kind of systematic plot to destroy Western Civilization, by using…linguistic relativism, or something? It’s kind of hard to say.

I don’t know about you, but my plots are all more chaotic than systematic.

Springtime for Spiders » « Have you ever felt like we need atheism more than ever?