Because I really need to see this Middle Cambrian chelicerate from Mount Stephen, British Columbia. Look at that face full of widgets, like an array of Swiss Army knives! I want a Sanctacaris uncata for a pet. 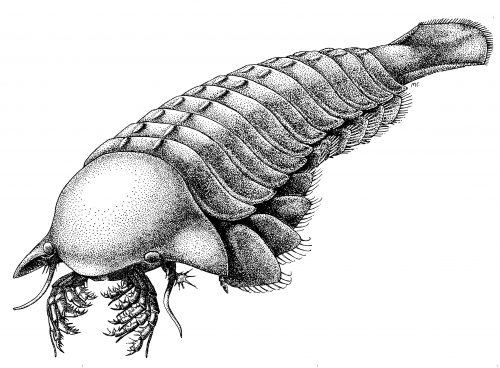 If we’ve only got a 420 million year range, I guess I could settle for a new ophiocistioid with soft-tissue preservation from the Silurian Herefordshire Lagerstätte. Sollasina cthulhu is a lovely name.

I’ve decided mammals are boring, and that invertebrates are where it’s at. Sorry, humans, I’m not really interested in associating with you any more. Nothing personal. It’s not you, it’s me. I’ve changed.

Well, I actually haven’t changed that much.