Skeptics, in my experience, are always strongly anti-astrology. It’s a ridiculous exercise in fortune-telling, based on the idea that distant stars and planets are influencing you at the moment of your birth and shaping your destiny. We laugh.

Then there is Chinese astrology, which we usually only see on paper placemats at Chinese restaurants*, although if you’re part of that cultural tradition, maybe you encounter it more often. It’s also ridiculous. Apparently, everyone born in 1957, like me, are “reliable and independent”. 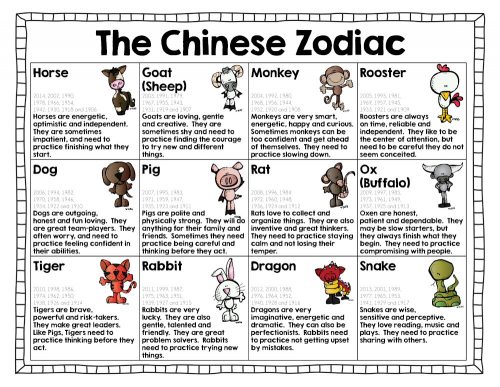 I think we can all agree that that is absurd.

But there is one kind of astrology that is accepted without question by skeptics, and it annoys me to no end. It is the tedious categorization of “generations”. I recently listened to a podcast that went on and on about characterizing this generation, that generation, asking what we’ll call the next generation, what their attributes will be, and it was infuriating. The borders defined between “generations” are arbitrary, every generation is made up of diverse people, and you can no more define the nature of individuals with this categorization than you can with a paper placemat at a Chinese restaurant. 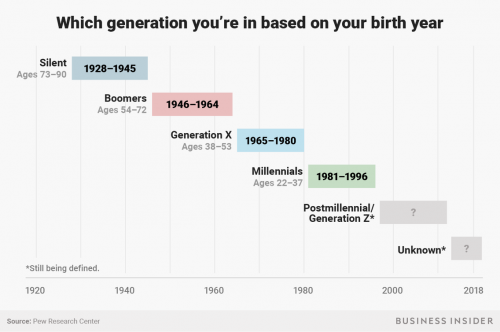 Look, the baby boom was a real thing: it described a demographic surge after WWII, in which sociologists noticed a rapid rise in the number of children being born. That’s a notable phenomenon. However, whoever first decided to describe the people inside that wave of births as “boomers”, shifting from a description of a population to a generalization of the individuals within that population, deserves to be dragged out and hanged, because it then spawned a whole pointless trend. First we had to name the generation after the boom, Gen X (fuck you very much, Douglas Copeland), and then we had to set up those stupid boundaries which mean nothing, since babies are born continuously, making the discontinuities pure invention. Finally, people made elaborate charts illustrating the long lists of attributes of each generation, an exercise that makes Chinese restaurant placemats look sane and sensible in comparison.

These things are garbage pseudoscience at best, and indulgences in bigoted stereotyping at worst. There are real shifts in the cultural environment over time, and it’s good to recognize those as aspects of our history, but it does a real disservice to the human beings involved to dismiss them as “boomers” or “millennials” or my favorite, “unknown, still being defined”. It’s about time someone stood up and pointed out that these are misleading labels that are about as credible as signs of the zodiac or Myers-Briggs personality tests.

*Chinese-American restaurants, I should say. I never saw them in Beijing, and the food was also completely different.

In case you were wondering why Quillette is a hacky web site » « How much does NASCAR love America?