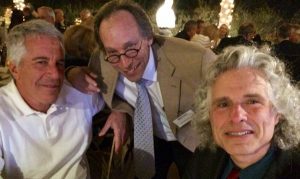 Jeffrey Epstein with some random people

Trump’s Secretary of Labor, Alex Acosta, may be in some trouble (but then, the only reason you’d be affiliated with Trump is if you’ve something seedy in your past). The Department of Justice is investigating him for his role in the sweetheart plea deal he gave convicted child molester Jeffrey Epstein in 2008. Epstein, a billionaire, was known for his patronage of scientists and atheists in the early years of the 21st century, although that was later overshadowed by his habit of picking up young adolescent girls and paying them for sex in his mansion, or on flights on his private plane with famous people.

He hobnobbed with all kinds of celebrities. 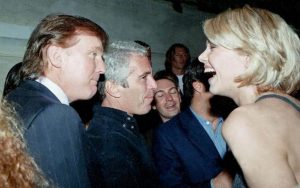 Jeffrey Epstein with some other random people

He was also known for giving various well-known scientists and atheists free trips around the country, like this flight to a TED talk. 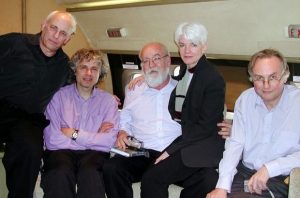 A few random people on board Jeffrey Epstein’s private jet, scene of many scandalous romps

Finally, at least one of his associates, Alex Acosta, may be facing some justice. Although it seems that usually anyone touched by this “person of means” gets away mostly unscathed, so don’t count on it.

Except for the girls, of course. They get scathed and forgotten.