Desperate refugees have arrived at the US border. They want to cross over to request asylum, which they have to do — they can’t stay in Mexico and make that legal request. So what do you do? Obviously, you close the border to everyone and fire tear-gas canisters at the families trying to cross.

Well, “obviously” for a fascist police-state run by racists, I guess.

Important context for those who haven't been following:
-a group of caravan members held a march to the port today, protesting the conditions in shelters and demanding asylum in US/to speak with a rep of US gov't.
-CBP shut down the port; no one can cross on either side. https://t.co/Wqk2glLKRi 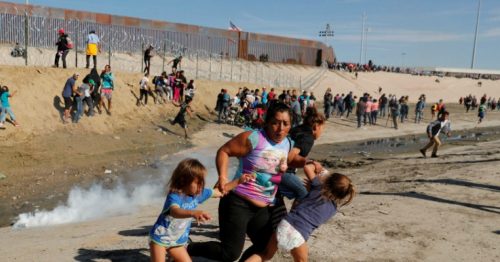 Oh, America. How disappointing can you get? Don’t answer that, I’m afraid of the answer.