As it turns out, I’m traveling to Minneapolis today to have a pleasant time swanning about parks and such with my best beloved, so I’m probably going to drop by the ridiculous creationist talk by the Nuttings this evening. MCB 3-120 at 6:30. They always try to book rooms in the most sciencey building they can find, and MCB is short for Molecular and Cellular Biology, the antithesis of what they’ll be lying about. 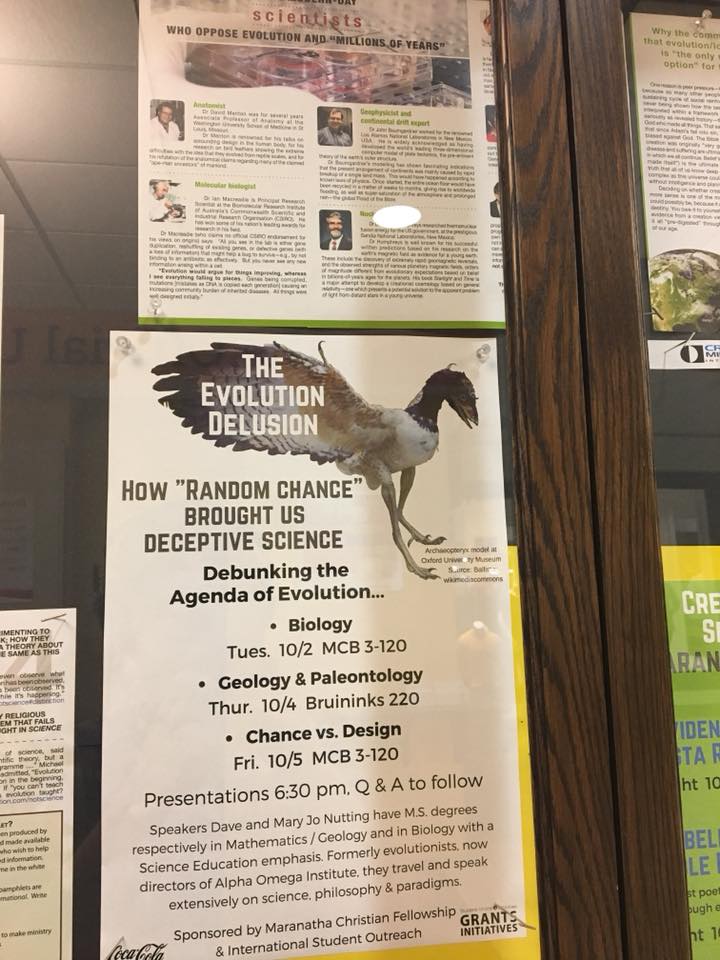 “Chance vs Design” tonight — anyone want to bet they don’t understand the first and will present no evidence for the second?

Oh, and if you go, don’t expect me to draw down thunder and lightning on these frauds — I don’t debate, I’m just going to document, and later rebut the more egregious lies right here. Judging by commentary by an attendee at the previous two talks, I’ll have a lot to rebut.