“Today he stood up and testified under oath that Donald Trump directed him to commit a crime by making payments to two women for the principal purpose of influencing an election,” Davis added. “If those payments were a crime for Michael Cohen, then why wouldn’t they be a crime for Donald Trump?”

Guess how Fox is handling the convictions? 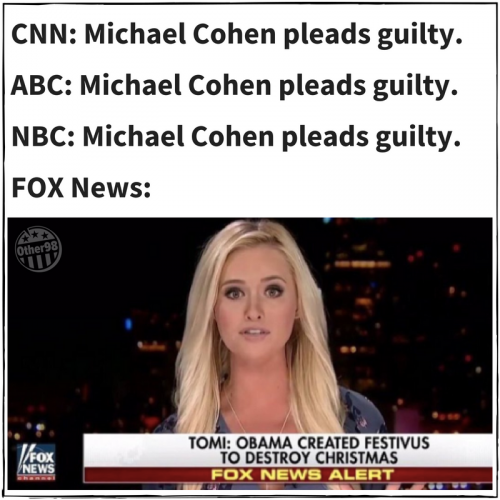 That War on Christmas is always a great distraction.

Beware the trap of imagining that you are a logical, rational human being » « I think it might be appropriate to rename the Naturalistic Fallacy the Peterson Fallacy