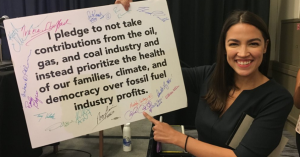 This is what I want to see more of. A progressive socialist clobbered a party Democrat in New York. And she did it by focusing on progressive issues.

An activist and member of the Democratic Socialists of America, Ocasio-Cortez won over voters in the minority-majority district with a ruthlessly efficient grassroots bid, even as Crowley — the fourth-ranking Democrat in the House — outraised her by a 10-to-1 margin.

Look at the shocking message she has sent: Ocasio-Cortez beat Joe Crowley campaigning on Medicare for all, guaranteed jobs and abolishing ICE.

Wait. Those are issues “well outside the mainstream of the Democratic Party”? That just goes to tell you how fucked up the Democrats have become. No wonder they struggle to win elections, when they always strive for Republican Lite candidates rather than aspiring to something genuinely good.

Also, Ocasio-Cortez was working as a waitress a year ago. She was an unknown, ignored by all the major newspapers, and she had far less money than the opposition. She won because of her agenda. This agenda. 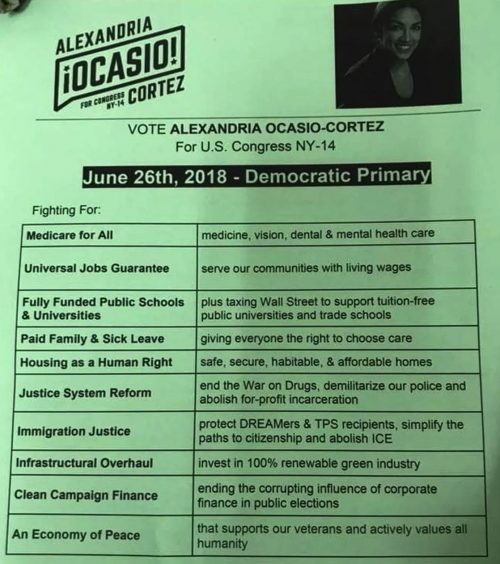 When did that become “well outside the mainstream of the Democratic Party”, and if it is, why should I ever vote for a Democrat? I want that to become the Democratic Party platform. I suspect that there are a lot of people who would be surprised to learn that the Democrats think those are foreign ideas.

While they’re absorbing that agenda, could they also add support for labor unions to that list? And reproductive health? That thing is just the start.

Not even the courage to stand up to chaos » « New student registration day!