I’ve had my head down wrapping up my grading for the semester, and I look up and see…Israel has murdered over 60 Palestinian protesters this week. 60. Israeli snipers just gunned down human beings who were protesting their oppression.

And what triggered this latest round of violence? Among other things, Trump pointlessly decided to move the US embassy to Jerusalem from Tel Aviv, ignoring the tangled complex history of the place. Ivanka and Jared Kushner celebrated with Netanyahu in the courtyard while tanks rolled through Palestinian slums. The US brought in Robert Jeffress and John Hagee to bring an appropriate piety to the event — Jeffress and Hagee are notorious anti-semitic bigots who only want to inflame the Middle East to bring about their hateful prophecy that ends with all Jews dead or converted. (By the way, Trump also appointed gay-hating bigot Tony Perkins to head the United States Commission on International Religious Freedom…all the best people.)

Israel can get away with this because the US is an unquestioning supporter of all the evil that their country does. It’s time to take away the carte blanche — the US could be a force for change in Israeli policy, if we had the will, and if we could get rid of the self-appointed holy men who are trying to trigger Armageddon.

But also — Trump and his advisors once again reveal themselves to be bungling incompetents. It’s not hard to imagine a craftier kind of evil that got their way in the Middle East with some subtlety. That is not Trump. Trump is the wild boar, rotten and corrupt, stupidly raging through the world. 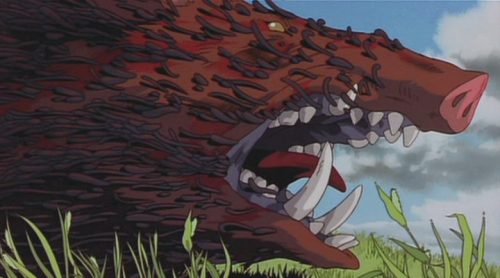 It begins: colonoscopy time! » « We all have to have our little niche