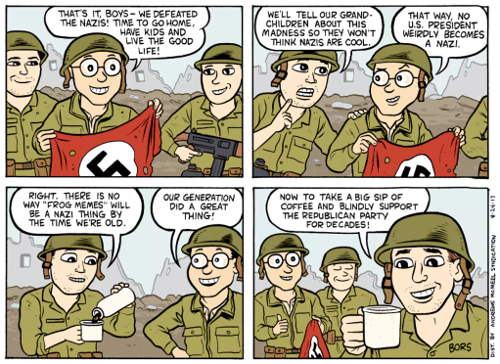 Go home, prop your feet up on the La-Z-Boy, and watch TV news, it’ll never steer you wrong. Don’t forget — when things go wrong, it’s not your fault, and you can just blame those dang Millennials for everything. You’re the greatest and America is the bestest.

The price of ignorance » « Mary’s Monday Metazoan: one confused fly