I like this blunt statement by Robert Bateman on the subject.

These people are American patriots, they’re U.S. citizens, they’re willing to put their lives on the line, and they shouldn’t be forced to hide anything. Citing costs which are in reality utterly negligible, President Trump made a broad and sweeping announcement of this ban, 140 characters at a time. It is not only stupid, it is counter-productive.

Also relevant is this cartoon about real courage. 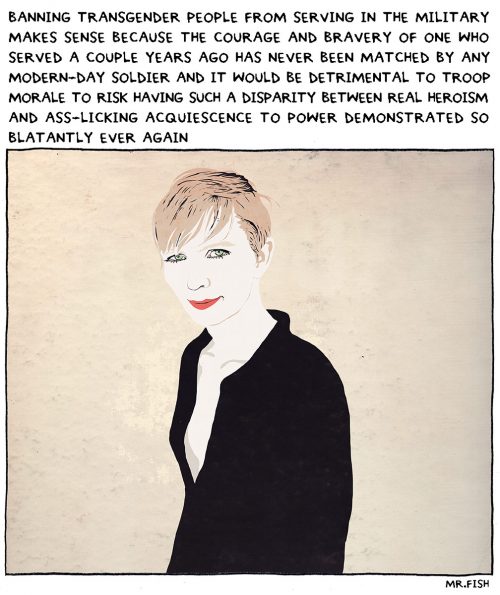 Perhaps, though, what Trump really wants is that “ass-licking acquiescence to power”.

Thank Gorn it’s Friday » « Why choice must be supported