Wow. This is one of the monuments taken down in Louisiana. It does not forlornly honor the war dead, it celebrates a paramilitary seizure of the state government by white supremacists, and it isn’t at all coy about saying so. 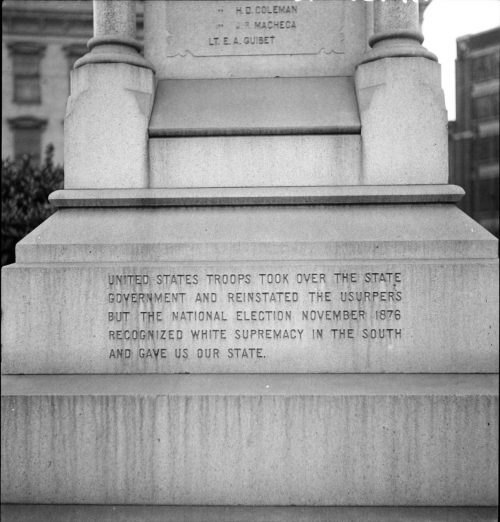 United States troops took over the state government and reinstated the usurpers but the national election of November 1876 recognized white supremacy in the South and gave us our state.

“Gave us our state”. They weren’t shy about saying who owned the state, who belonged there, who was going to control everything, even if it was at gunpoint.

I’m now agreeing that these should be removed, but not destroyed. They belong in a museum. A museum of shame, disgrace, and dishonor. Hey, good ol’ boys, this is what your granpappy fought and died for, for slavery and oppression, and don’t you forget it!

Now that’s an interesting variation of the argumentum ad populum » « I got the same results! We must be related!