If only we had video of this daredevil stunt.

By daylight, it was clear what happened: The man blew through the stop sign at a T in the road, barreled through a yard and launched his car off a 35-foot to 40-foot embankment, clearing a span of open water on Lake Le Homme Dieu. before landing on the season’s remaining ice, Armstrong said.

The man, James Sundby, 38, of Wadena, had no drugs or alcohol in his system and he doesn’t remember what happened, said Alexandria Police Chief Rick Wyffels.

The guy then staggered into a nearby stranger’s house, turned on all the lights and the TV, and proceeded to relax until he was chased away.

I’m just impressed with how far his car had to fly to clear that open water. 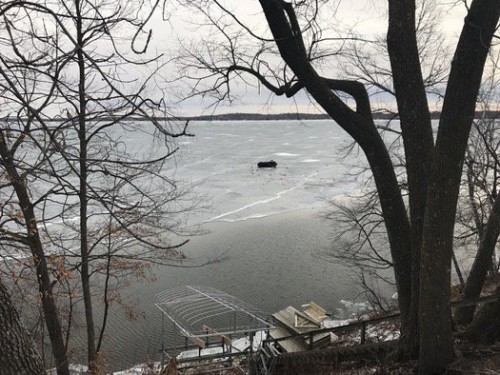 (Alexandria, by the way, is the next big (pop 9000!) city to the north of Morris — we go there fairly often. Now I’m feeling challenged to try the Sundby Leap, though.)

I never want to see another baby-eating joke about atheists » « More math!