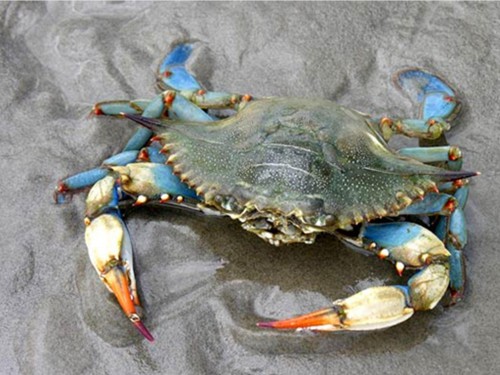 That female crab doesn’t make herself gorgeous for the males of her species, it seems — sometimes a lady just has to look good.

Contrary to expectation, the model shows that winning the romantic interest of picky males is not enough to explain how desirable feminine features become widespread — even when better-looking females are more likely to land a good catch.

The results of their mathematical approach support other research suggesting that female beauty doesn’t evolve just to win mates.

Instead, traits such as the dance fly’s frilly legs or the blue crab’s red-tipped claws may help their bearers compete for other resources, such as social status or protection from predators. The results are consistent with an idea called the “social selection” hypothesis, first proposed three decades ago by theoretical biologist Mary Jane West-Eberhard of the Smithsonian Tropical Research Institute.

Science is done by and for people » « Not my America