I like how, in this comic, the arachnophobe Hannelore is spontaneously acquiring a deeper appreciation of the connectedness of all life, and realizing that spiders are only a small part of a matrix of creeping, squirming, writhing organisms. 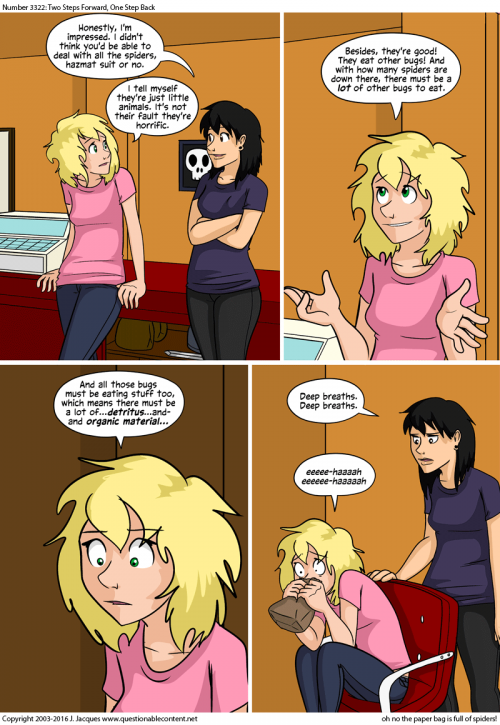 I hear that women are made of exotic matter » « Can I come in and tell you about the cult of Danio?