This is Clinton now. 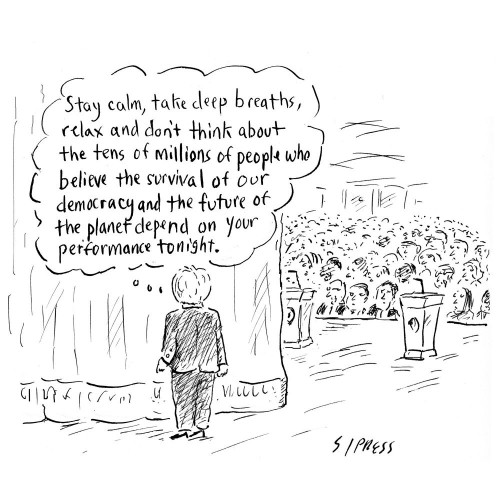 I aim to help. Relax. Because no matter what she does, the media will find a way to exaggerate the inconsequential into catastrophe. Al Gore’s “sigh”, Howard Dean’s “yell”, her performance won’t matter at all. All Trump needs to do is say something incredibly stupid, get her to react, (or not react; there is no safe choice), and he wins.

How not to apologize » « Mary’s Monday Metazoan: Another day, another groundhog