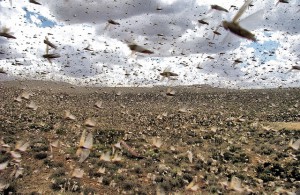 Gary Johnson is willing to admit that we have a climate change problem, but he thinks it is too expensive to do anything about it, so he wants to do nothing. Except for one thing: his solution is to emigrate.

We do have to inhabit other planets. The future of the human race is space exploration, Johnson said on ABC’s “This Week.”

This is what I regard as the thinking of locusts: burn through what you’ve got and just move on to fresh ground. Except there’s the little problem of the “what you’ve got” being the entirety of Planet Earth.

I do have some serious questions for Governor Johnson, however.

There is some debate tonight » « I have no potatoes in the house, and now I am craving potatoes