I just saw this, and it’s important to keep in mind. 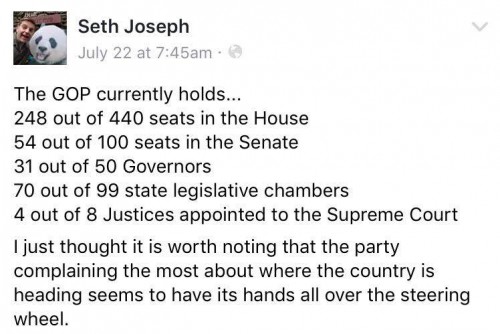 I know some people are unhappy that they didn’t get the presidential candidate they wanted, and have declared that they will never vote for Hillary Clinton.