I’ve always detested those stupid trolley problems — all I see is a ridiculously contrived situation. But maybe they do provide some insight into ethical thinking. At least, that’s what I take away from this one. 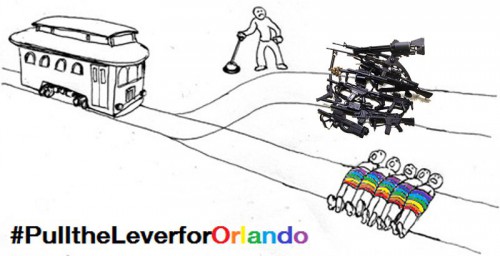 There are just too many people who are happy to tell you they think the trolley should keep going straight.

If this is the best argument anyone has for needing guns, screw ’em » « Maybe we should outlaw ownership of guns by men?