Back in the dim, distant past, I dispatched some of you to participate in a survey of atheists and theists. The data has come back now, and who knows, maybe you’re a few bits in this data set.

You’ll have to order the book to see the whole thing, but there were a few tidbits. You weirdos really do have some different perspectives than the god-believers, unsurprisingly. 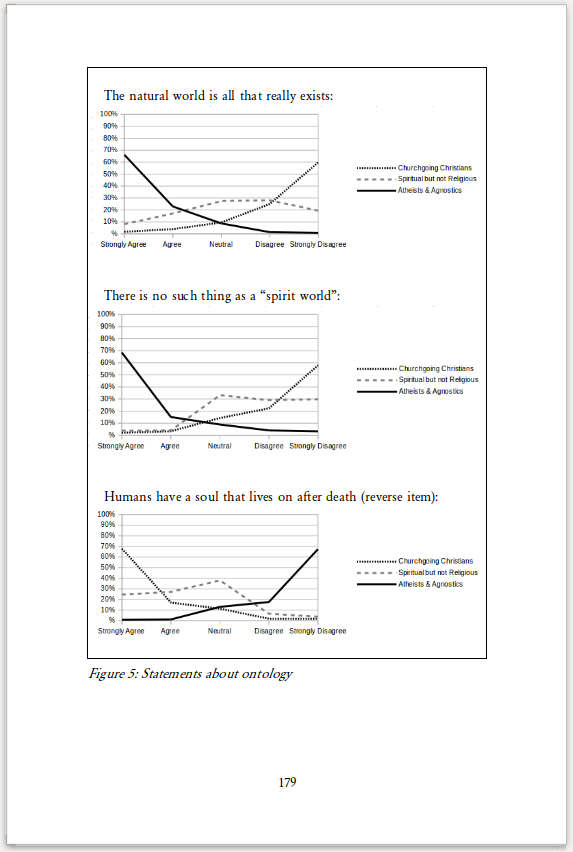