Case #5623 out of uncountable myriads: 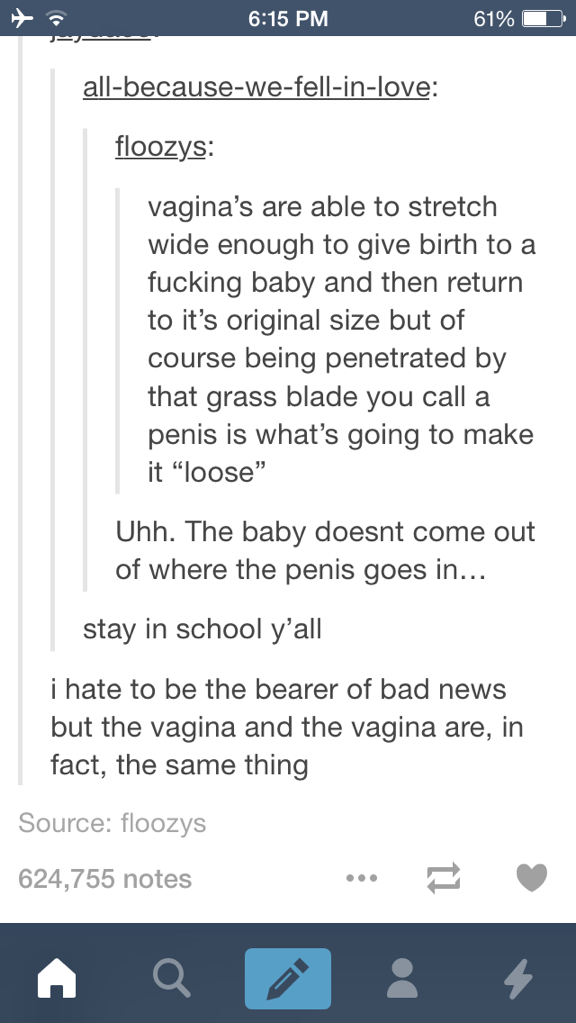 The Best of Tumblr

I really want to hear more from this knowledgable fellow, “all-because-we-fell-in-love”. I’d like to know where he thinks the penis goes in, or where the baby comes out. I’d also like to know where he gets the confidence to lecture women on their genitalia when he knows essentially nothing about them.