Even when (especially when?) they make us uncomfortable. Our students have just noticed the dirty little secret of a lot of universities: we pride ourselves on the diversity of the student body, but when you look at the faculty and administration, a whole lot of that diversity magically pales to white. So they’re having a rally tomorrow at 1:30, meeting in the Science Atrium and migrating towards the administration, to demand more equality in our hiring practices.

And look, they’re smart and all empirical and everything! 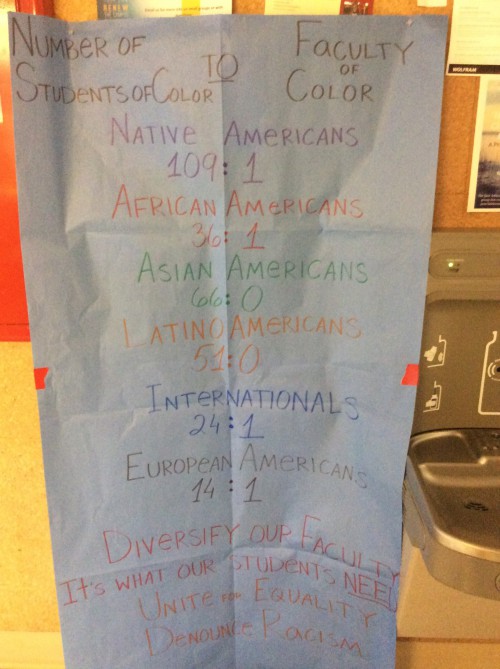 I’m so proud of them.

It’s a real problem. We have a mostly white faculty, so hiring committees are mostly white, and somehow, miraculously, they always seem to find that the very best candidates are also always white. Weird, huh?

Before I get accusations that I, rabble-rouser, put them up to it, I had absolutely nothing to do with this event — it’s entirely our students paying attention and figuring out what’s going on. But I’ll be there in support!