Bodie Hodge of Answers in Genesis wants you to know that you’ve been talking about the book of Genesis all wrong. Heretics, every one of you.

I particularly like #2 — don’t you dare include any ideas that might be interpreted as evolution — combined with #4 and #12, in which he complains about drawing modern animals on the Ark. There weren’t no lions and tigers on that there Ark, no sirree, they was the last common ancestors of modern lions and tigers.

#3 and #11 are the same. I guess Bodie was running out of original ideas for berating the readership, and recycled.

#7 is fun. There was a talking snake, but don’t you dare make the mistake of forgetting to include limbs on that snake. That would be ridiculous.

#5: But…but…I’ve been to the Creation “Museum”. I’ve seen their Aryan Barbie and Ken…I mean, Adam and Eve. Seriously, this is their idea of a multiracial primordial pair? 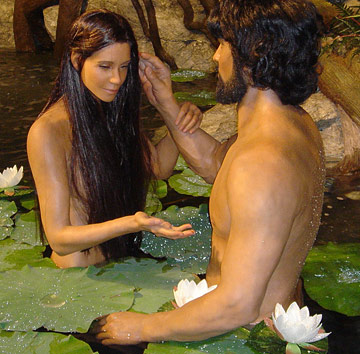 It is so nice of Answers in Genesis to tell us how to correctly interpret Bible stories — I mean, Bible facts — biblically. I have used their own guide to judge the latest Oglaf, and clearly, it is fully compatible with AiG’s Bible. 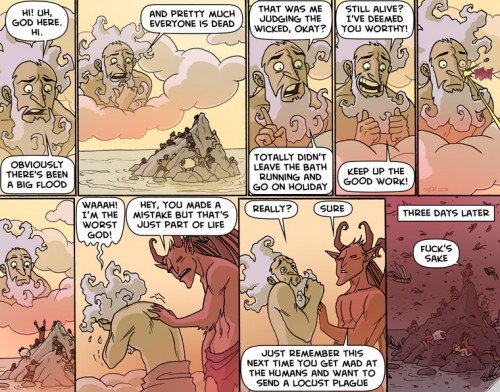 In fact, I suspect that Trudy Cooper used The Creation “Museum”‘s own diorama as a guide to drawing that. 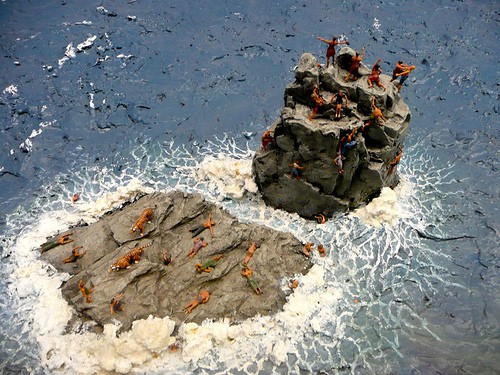 I think Ken Ham and Bodie Hodge need to read through the entirety of the Oglaf archive to evaluate their Biblical authenticity.

I would like to be there when they do.

The One True Christian™ Big Boat » « Some days, you just need this