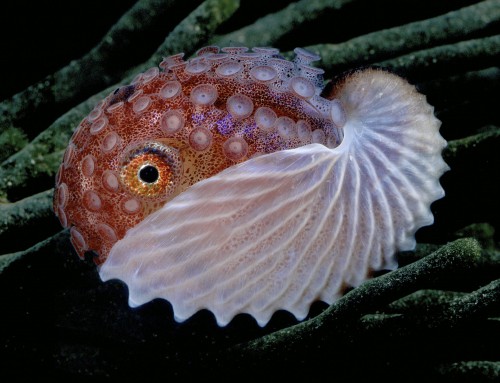 But first impressions can be deceiving. In truth, as I later learned from Klug, the paper nautilus is not a close relative of today’s pearly nautilus, nor is it an echo of the long-lost ammonoids. The creature that had ensnared my mind is totally different.

The argonaut is an octopus, and its prehistoric look is created by the way the squishy creature reproduces. The “shell,” Klug says, “is actually an egg case secreted by two specialized arms,” and made of the mineral calcite. As she swims, a female argonaut cuddles her eggs in the shell-like cases pressed against her sides. Lacking cases, male argonauts just look like itty-bitty octopuses.

Monday in Morris » « That’s some parade