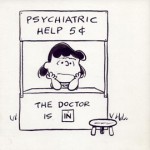 I used a cruel headline, but this is actually a useful list: Fifty psychological and psychiatric terms to avoid: a list of inaccurate, misleading, misused, ambiguous, and logically confused words and phrases. It’s not just the popular media that mangle scientific language, but also more technical works sometimes slip into misleading shorthand. For instance, #1 on their list of bad terms:

(1) A gene for. The news media is awash in reports of identifying “genes for” a myriad of phenotypes, including personality traits, mental illnesses, homosexuality, and political attitudes (Sapolsky, 1997). For example, in 2010, The Telegraph (2010) trumpeted the headline, “‘Liberal gene’ discovered by scientists.” Nevertheless, because genes code for proteins, there are no “genes for” phenotypes per se, including behavioral phenotypes (Falk, 2014). Moreover, genome-wide association studies of major psychiatric disorders, such as schizophrenia and bipolar disorder, suggest that there are probably few or no genes of major effect (Kendler, 2005). In this respect, these disorders are unlike single-gene medical disorders, such as Huntington’s disease or cystic fibrosis. The same conclusion probably holds for all personality traits (De Moor et al., 2012).

Not surprisingly, early claims that the monoamine oxidase-A (MAO-A) gene is a “warrior gene” (McDermott et al., 2009) have not withstood scrutiny. This polymorphism appears to be only modestly associated with risk for aggression, and it has been reported to be associated with conditions that are not tied to a markedly heightened risk of aggression, such as major depression, panic disorder, and autism spectrum disorder (Buckholtz and Meyer-Lindenberg, 2013; Ficks and Waldman, 2014). The evidence for a “God gene,” which supposedly predisposes people to mystical or spiritual experiences, is arguably even less impressive (Shermer, 2015) and no more compelling than that for a “God spot” in the brain (see “God spot”). Incidentally, the term “gene” should not be confused with the term “allele”; genes are stretches of DNA that code for a given morphological or behavioral characteristic, whereas alleles are differing versions of a specific polymorphism in a gene (Pashley, 1994).

Exactly. It also cites Sapolsky’s article (pdf), which is very good. Here are some other terms that leapt out at me as ongoing peeves.

(4) Brain region X lights up. Many authors in the popular and academic literatures use such phrases as “brain area X lit up following manipulation Y” (e.g., Morin, 2011). This phrase is unfortunate for several reasons. First, the bright red and orange colors seen on functional brain imaging scans are superimposed by researchers to reflect regions of higher brain activation. Nevertheless, they may engender a perception of “illumination” in viewers. Second, the activations represented by these colors do not reflect neural activity per se; they reflect oxygen uptake by neurons and are at best indirect proxies of brain activity. Even then, this linkage may sometimes be unclear or perhaps absent (Ekstrom, 2010). Third, in almost all cases, the activations observed on brain scans are the products of subtraction of one experimental condition from another. Hence, they typically do not reflect the raw levels of neural activation in response to an experimental manipulation. For this reason, referring to a brain region that displays little or no activation in response to an experimental manipulation as a “dead zone” (e.g., Lamont, 2008) is similarly misleading. Fourth, depending on the neurotransmitters released and the brain areas in which they are released, the regions that are “activated” in a brain scan may actually be being inhibited rather than excited (Satel and Lilienfeld, 2013). Hence, from a functional perspective, these areas may be being “lit down” rather than “lit up.”

Once upon a time, when I was a lowly coder writing imaging software, I contributed to a project that studied brain activity. There’s a lot of processing going on there: we’re dealing with inherently noisy material, and what’s measured isn’t absolute levels of neuronal activity, but changes in respiration. I sometimes think the researchers are so far removed from the analysis that they just punch a button on a big machine and get a fancy colored image out of it, and they’re done thinking.

(16) Love molecule. Over 6000 websites have dubbed the hormone oxytocin the “love molecule” (e.g., Morse, 2011). Others have named it the “trust molecule” (Dvorsky, 2012), “cuddle hormone” (Griffiths, 2014), or “moral molecule” (Zak, 2013). Nevertheless, data derived from controlled studies imply that all of these appellations are woefully simplistic (Wong, 2012; Jarrett, 2015; Shen, 2015). Most evidence suggests that oxytocin renders individuals more sensitive to social information (Stix, 2014), both positive and negative. For example, although intranasal oxytocin seems to increase within-group trust, it may also increase out-group mistrust (Bethlehem et al., 2014). In addition, among individuals with high levels of trait aggressiveness, oxytocin boosts propensities toward intimate partner violence following provocation (DeWall et al., 2014). Comparable phrases applied to other neural messengers, such as the term “pleasure molecule” as a moniker for dopamine, are equally misleading (see Landau et al., 2008; Kringelbach and Berridge, 2010, for discussions).

Like trying to reduce behaviors to single genes, there’s also a tendency to assign simple consequences to single molecules with complex effects. It’s often a case of “My study measures one parameter X, therefore this molecule affects parameter X, period.”

This next one is familiar…

(45) Scientific proof. The concepts of “proof” and “confirmation” are incompatible with science, which by its very nature is provisional and self-correcting (McComas, 1996). Hence, it is understandable why Popper (1959) preferred the term “corroboration” to “confirmation,” as all theories can in principle be overturned by new evidence. Nor is the evidence for scientific theories dichotomous; theories virtually always vary in their degree of corroboration. As a consequence, no theory in science, including psychological science, should be regarded as strictly proven. Proofs should be confined to the pages of mathematics textbooks and journals (Kanazawa, 2008).

I agree…but what’s that? Citing Satoshi Kanazawa? I had to look. It’s his usual terrible crap, evidence free and praising Lynn and Rushton, proposing that general intelligence is modulated by the average temperature of a region, and it doesn’t say anything about proof or mathematics textbooks or anything relevant. So in addition to agreeing that there are a lot of abused terms, I think you should also be careful about what you cite, and just throwing in the name of someone who has written a paper, no matter how tangential, should be avoided.

Hey, just generally, Psychology, could you just not publish those known bad actors like Kanazawa?