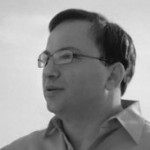 Jim Lippard brings up an example of a difficult phenomenon we’ve all encountered with increasing frequency in recent years, as atheism/skepticism have become ‘cool’ and more people jump on the bandwagon…but the problem has been here for a long time.

This is, I think, a good case study in how the problem of “affiliate fraud”–being taken in by deception by a member of a group you self-identify with–can be possible for skeptics, scientists, and other educated people, just as it is for the more commonly publicized cases of affiliate fraud within religious organizations.

The case is the story of Al Seckel, self-proclaimed physicist, molecular biologist, cognitive neuroscientist, research associate, colleague of Carl Sagan, Richard Feynman, and Murray Gell-Mann, and who was none of those things, but managed to schmooze his way into persuading the skeptic community that he was all of them.

He sounds like a very interesting person, but not at all trustworthy. In the words of his second wife (maybe his current wife…it seems he’s always been a bit dodgy about these marriage and divorce things, too):

“And he was really sweet, and I enjoyed talking with him a lot. He’s really intelligent. He’s just a liar.”

Well worth a read, as a warning to us all.