I approve this message. 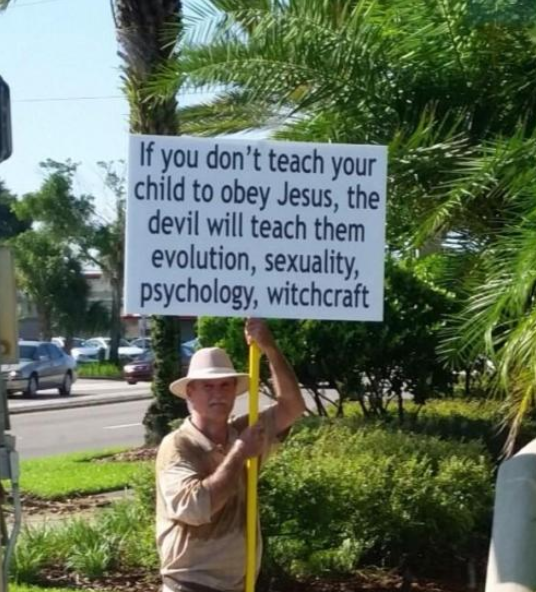 If you don’t teach your child to obey Jesus, the devil will teach them evolution, sexuality, psychology, witchcraft

Another phrase that annoys » « Perpetuum mobile