Jerry Coyne has a new book out, Faith Versus Fact: Why Science and Religion Are Incompatible

, and it already has the religion apologists squawking and making excuses. I haven’t read it yet, though, so maybe the critics are right this time? (Kidding!)

One of those apologists is Sean Illing, writing for Salon.

On Sunday, biologist and blogger Jerry Coyne posted a lengthy response to my piece on his website. Coyne’s critique was echoed on Twitter by several prominent New Atheists, such as Richard Dawkins and Steven Pinker. Dawkins in particular wrote:

“I DON’T give a damn if people find religious belief comfortable or meaningful. I only care whether it’s true.”

I, too, care about the truth, but comments like this are conversation-stoppers. The potential to persuade is immediately lost. If Dawkins has any aspirations beyond preaching to the choir, why would he not care what people find meaningful? The question here is simple: Do the so-called New Atheists want to win an argument, or do they want to make the world less dogmatic? Do they want to preach to the converted, or do they want to reach well-intentioned believers who reject Bronze Age beliefs, yet find something valuable in religion nonetheless?

I question whether Illing is actually interested in the truth, or is more concerned about appearing interested in the truth. Rather than questioning the motives and tactics of atheists, shouldn’t he be instead writing insightful, sensitive, deep critiques of religion? I’m always made suspicious by people who concede that maybe we really should care about the truth of religion, but hey, we need to be even more worried about those damned atheists. I can see right through their guise of thoughtful reasonableness to the actual nonsense they’re supporting. Especially when they pull this move, listing all the wonderful things about religion.

But denying the truth claims of religion won’t suffice, because religion is about much more than truth; it’s about meaning, values, tradition, consolation, community, and transcendence. Dawkins flew right past this point in his response. That’s unfortunate.

You know, you don’t have to believe in gods and ghosts to find meaning, values, tradition, consolation, community, and transcendence, right? No one is objecting to community or values. We’re objecting to the dishonesty of using community and values as excuses to prop up irrelevant falsehoods. The real problem isn’t that most atheists are ignoring the assorted useful cultural baggage that religion claims to own, but that religion is such an emotional issue that its proponents refuse to distinguish the important core of human values from the gaudy supernatural dressings that faith drapes over them.

As an exercise that might possibly get believers away from their emotional biases, let’s imagine a similar situation. You visit a friend’s house, and there, dominating the living room, is an elaborate gadget. It is beautifully intricate, with cogs spinning smoothly, elaborate cams whirling to move pistons and levers, and mirrored silver balls gliding along bronze trackways, with an occasional ‘ping!’ or ‘click’ from relays and switches. 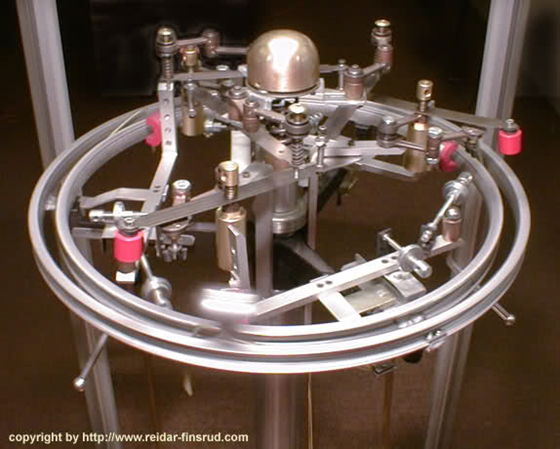 “That’s amazing!” you say. “It’s an impressive piece of work. What does it do?”

Well, your friend says, it does quite a lot of things, actually, but mainly I’m using it to explore some possibilities in physics. I’m very interested in science and engineering.

Like, ummm, you see — I do hope you can keep an open mind here — like…zero point energy.

That is the lay term, he replies, but the community of scholars that studies these possibilities has a rather more sophisticated and nuanced understanding of the concept, you know.

“But you studied physics in college! You know about the laws of thermodynamics — you must know that the science is clear, that perpetual motion machines are impossible. If you’ve been studying these, you must also know that the empirical evidence is strong — there have been a multitude of weird devices built to generate free energy, and they’ve all been failures, and many have been fakes.”

Of course,, he says, peevishly, I have nothing but respect for science. But I am sincere — I’m not trying to con anyone! — and it’s just possible we might discover something science doesn’t know about yet.

“But you’re proposing something that contradicts how the universe works, and without evidence…”

Stop. It doesn’t really matter whether we prove that zero point energy is feasible or not, because building this device has taught me a lot about precision machining, and I’ve made such good friends in the quantum vacuum zero-point energy community, and I find it very comforting to spend a few hours every day fine-tuning my machine. This isn’t about perpetual motion. You should be paying more attention to all the virtues on the side.

“Wait. A few hours a day? How long have you been working on this?”

Most of my life.

“So you’ve been pouring all of that time, effort, and skill into this project over all those years, and yet you’re trying to tell me that you don’t care whether it works or not, and the purpose of your device is entirely irrelevant and is minuscule in significance compared to the secondary virtues associated with constructing a giant Rube Goldberg machine in your living room?”

Exactly. Also, it really ties the room together, man.

And that’s how I feel about the finding something valuable in religion nonetheless argument. It doesn’t hang together. When you find swarms of people investing huge amounts of time and money into a long-term project with dubious premises, it seems profoundly dishonest to pretend that the openly, loudly stated aims of the project are not a major contributor to participation. It’s like saying you’re a devout Catholic because you appreciate the Pope’s stylin’ attire. The clothes are real at least, but it honestly does not address at all why people are committed to such a bizarre and bogus exercise in convoluted metaphysics. That you get your reward not in the promise of a paradisial afterlife, but in the pleasures of getting to light a lot of little candles and eat crackers once a week.

You’ll have to excuse me, but I don’t believe a word of it. Not one word. That’s not a denial of the real pleasures of tall hats or exquisitely delicate machine work, but that anyone would commit themselves to bullshit they don’t believe in when they could get the same pleasures in honest and worthwhile causes.

The belief is real. It’s adherents ought to be a little embarrassed about it, and we ought not to be distracted by these post hoc excuses for it. So our friend has every right, and can believably get enjoyment out of the exercise, to build his perpetual motion machine — and we can even respect the skill going into it — but let’s not lie to each other and pretend that it’s about “community” or “ritual”. It’s about a lie that has sucked a talented human being into a dead end.

The devil is a talented dude » « The dick-centered life