I have no idea whether this sentence is actually in the book or not, but I don’t care — I read it and if I ever had a soul, it just curled up and disintegrated. 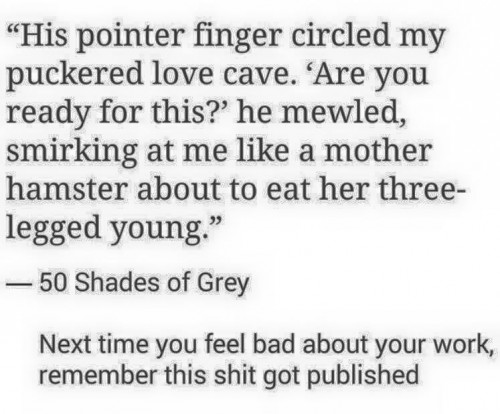 The imagery doesn’t even go together with the situation! And if ever a lover “mewled” at me, I’d have to throw them out of bed and be sick on the sheets.

Why do the hamster pups only have three legs? When do hamsters smirk?