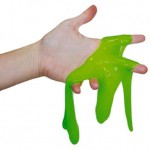 Jadehawk has been suffering to provide evidential support for Secular Woman, in particular their recent statement on their priorities.

However, one issue that has surfaced during this dispute demands our attention due to our understanding of events. Our stated values make it clear that we stand with survivors of sexual assault and those who believe and support them. We choose not to associate with those who align themselves with abusers rather than victims.

There is one long-term nest of abusers that has wormed their way into an alliance with Atheist Ireland, which seems to be in flagrant denial of the fact that the most prolific commenters on their website, the ones who provided them with the distortions that supported Michael Nugent’s very personal and very prolix hatred of me, are actually among the nastier characters in the atheist community. Jadehawk has gone through their various public statements and compiled a pair of storify lists that document how awful they are.

It gets worse than that, too. That last link is to a compendium of the kind of slyme that gets thrown at numerous people, myself included, that reveals some of the bestest internet pals of Atheist Ireland aren’t just misogynists: they hate non-white people (their mockery of the black men who have been shot by the police will turn your stomach), trans men and women (man, but do they despise trans people), the mentally ill, the overweight, anyone associated in any with Freethoughtblogs or Skepchick…basically it’s a convenient place for people to gather and tell each other how much they hate everyone else. Their tactics vary from bluntly expressed slurs, to long sea-lion-style arguments about how it’s fine to call people “niggers” and “cunts”.

It’s long. If you just want the quick summary, here’s what Jadehawk says:

tl;dr: if the dissociation from PZ Myers was about toxic rhetoric, it would have been primarily targeted at this group of people who have been on a harassment campaign against various feminist (and especially female) bloggers and secular activists. This has not happened; instead, the Slymepit and its abuse remain welcome and protected. Combined with the evidence from the 1st part, in which I demonstrated Nugent arguing for sexual assault victims being stopped from publicly naming their abuser, Secular Woman’s accusation that Nugent & Atheist Ireland support abusers is evidentially well supported.

I assume this result was not the intent of Nugent’s actions and Atheist Ireland’s support for his actions. But if that wasn’t the intent, it would only be sensible to rectify this outcome and focus on condemning and dissociating from actual abusers, not one guy whose tone they dislike.

Now we know who still reads B.C. » « A musical interlude, courtesy of Owl Mirror, on the Hugos