Some focus groups were gathered to come up with impressions of a couple of states, and they generated a word cloud for each one. Can you guess which state goes with which set of words? 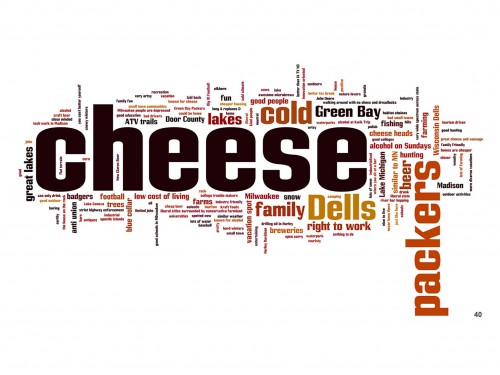 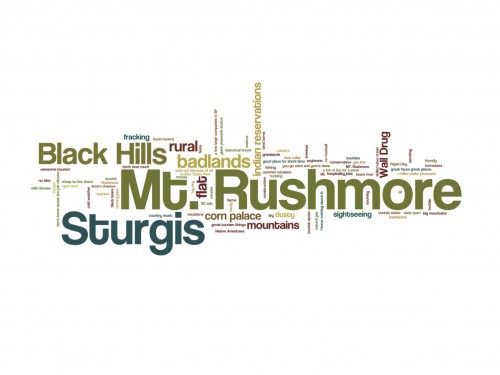 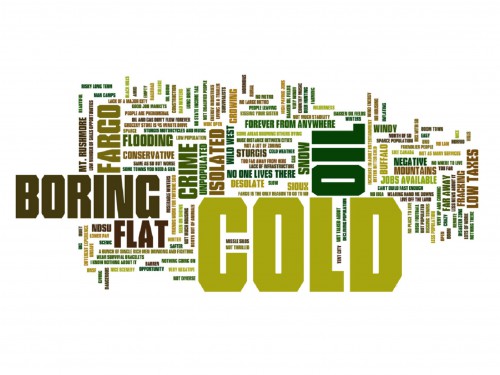 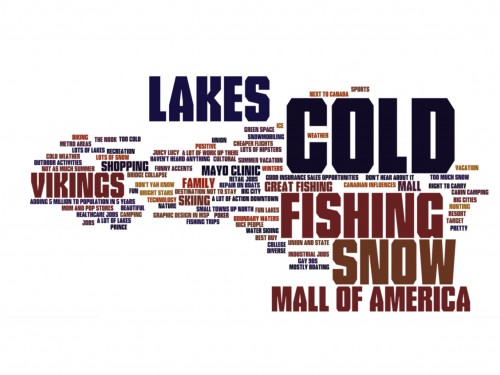 From top to bottom, they are: Wisconsin, South Dakota, North Dakota, and Minnesota. Stereotypes FTW!

I found the Wisconsin one most amusing, though: it’s just dominated by CHEESE.

Also, here’s the saddest excuse ever for a state slogan, contrived to counter the notion that the Dakotas are a dead barren wasteland:

You can die on Mars. Or you can live in South Dakota.

The new new Prometheus » « I must protest