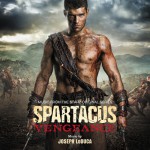 If you’re this stupid, could you please stop pestering me? » « Why Jon Stewart is the only news source worth listening to anymore