As long as we’re talking about brains this morning, here’s another topic that irritates me: the abuse of the term neuroplasticity. 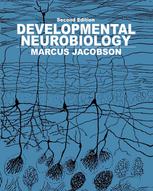 Way, way back in the late 1970s, my first textbook in neuroscience was this one: Marcus Jacobson’s Developmental Neurobiology

. (That link is to a more recent edition; the picture is of the blue-and-black cover I remember very well, having read the whole thing). I came into the field by way of developmental biology, and that means we focused on all the changes that go on in the brain: everything from early tissue formation to senescence, with discussions of synaptogenesis, remodeling, metabolism, transport, and functional responses to activity or inactivity. This is all under the broad umbrella of neuroplasticity, a term that’s at least a century old, and that is well-established as both a phenomenon and a science. That the brain modifies itself in response to experience is so thoroughly taken for granted that you can basically define neuroscience as the study of the responsiveness of neural tissue.

So I’m reading this interview with Norman Doidge, huckster of neuroplasticity, and I could not control my eyebrows, which started climbing up my forehead and felt like they were ascending the crown and considering a descent down to my neck. It’s not just that Doidge is so full of shit that it’s dribbling out his ears, it was the shamefully ignorant questions of the interviewer, Tim Adams. Look at this question:

One of the things that struck me, reading your books, is how entrenched our ideas of the brain’s essential fixed and unregenerative nature are. Why are those ideas so powerful?

Whoa right there. How could anyone have the idea that neuroscientists think the brain is essentially fixed and unregenerative? That’s painfully counterfactual, the precise opposite of the actual position of the field of neurobiology. Conveniently, Adams has already answered how he came by such a bogus idea: by reading Doidge’s books. That should tell you something about the worth of Doidge’s stories.

Doidge’s first book, published seven years ago, described how the principle of such healing – of the plastic brain – was becoming established fact in the laboratory through a greater understanding of ways in which circuits of neurons functioned and were created by thought. “Equipped,” Doidge wrote, “for the first time, with the tools to observe the living brain’s microscopic activities, neuroplasticians showed that the brain changes as it works. In 2000, the Nobel prize for medicine was awarded for demonstrating that, as learning occurs, the connections among nerve cells increase. The scientist behind that discovery, Eric Kandel, also showed that learning can ‘switch on’ genes that change neural structure. Hundreds of studies went on to demonstrate that mental activity is not only the product of the brain but the shaper of it.”

I got my Ph.D. in 1985 for studies on changing spinal circuitry in the zebrafish spinal cord. I didn’t get the Nobel for it because the idea that synapses form and change gradually and integrate new elements of the circuit was not new or revolutionary; I was filling in details on a specific organism, working within a model of neural function that basically everyone accepts. Kandel (and Carlsson and Greengard) won the Nobel prize for a large body of work on signal transduction in the nervous system. That the brain changes as it works isn’t novel; working out the details, the specific molecules and pathways involved, was, especially since they had the potential to help address human disease. Doidge’s “think yourself better” approach doesn’t.

You suggest often that neuroplasticity is settled fact. That doesn’t seem to me to be the case in the medical profession and certainly not beyond it…

Within the lab, within science, within neurophysiology, neuroplasticity is established fact – nobody is challenging it.

So on the one hand, Doidge is claiming that the idea of the brain being this fixed and inflexible organ is entrenched; on the other, that neuroplasticity is an unchallenged fact. Which is it?

That the brain is capable of structural, molecular, chemical, and electrical changes in response to the environment is absolutely a fact, accepted without question by the field as a whole. That isn’t a lump of phlegm in your cranium.

But what Doidge does is conflate the scientific understanding of neuroplasticity with his brand of quackery and hype. Doidge claims much more, using poorly sourced anecdotes of people curing themselves of Parkinson’s or restoring their sight by thinking and carrying out various exercises.

The medical establishment has been well aware of the capacity of the brain to repair itself for years: you do know that there are all kinds of established therapies for stroke patients, right? There is no denial of the regenerative capacity of the brain, or that it rewires itself to meet circumstances. Quacks like Doidge rely on misrepresenting the known science to make standard treatments look like a miraculous consequence of his innovative and revolutionary thinking (they aren’t), and to exaggerate the effects of his claims.

You cannot cure Parkinson’s by concentrating really hard while walking. You can learn to compensate for some of the effects of the disease. Eye exercises will not cure degenerative retinopathies. Let’s not sell false hope.

And this just infuriates me:

Yes, well I didn’t set out to do that. When I finished my first book I had come to the conclusion that many of the claims that eastern medicine was making, which led to a lot of eye-rolling among western doctors, had at least to be re-examined in the light of neuroplasticity. By the time I had finished The Brain That Changes Itself, there were significant studies, which no one disputes, which show major changes in the structure of the brain of Tibetan monks, for example, brought about through the practice of meditation. I suppose it is not really a hard sell once you have grasped that the brain is plastic, that someone who has spent 30,000 hours meditating might actually have changed the structure of their brain. I mean, a London taxi driver can change his brain by studying routes through the city for a year or two.

Aaaaargh. That’s right. No one disputes the idea that spending years doing something changes the brain. Tibetan monks get better at meditating, whatever that means; taxi drivers get familiar with travel routes; video game players get better at their games; surgeons get better at surgery with practice. It’s kind of the whole sine qua non of learning.

Doidge didn’t discover it, and it does have limitations. Don’t fall for the neuroplasticity hype — it’s promoted by charlatans who inflate its significance far beyond the fundamental utility of the concept into vast magical realms of nonsense that verge on the Secret, the ‘Law’ of Attraction, and the Power of Positive Thinking. All bunk.