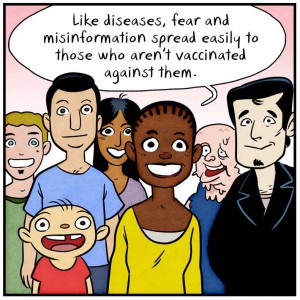 Maki Naro has put together a must-read primer on the basics of vaccination, in cartoon form, of course. Send it to all of your denialist friends and family!

Things to do in LA in February » « Twitter management is incompetent