I was given another argument today, this time about how to properly be a feminist, in a comic. 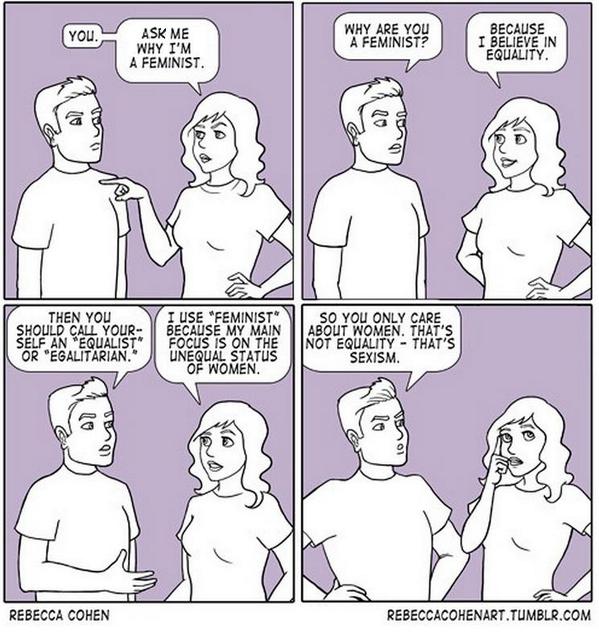 Urgh, I said. The old “You shouldn’t be a feminist, you should be an equalist” argument, that ignores historical and continuing inequities — let’s just pretend it’s fair and even now! I replied with this link.

But then it turns out they can’t even be honest in their comic strip arguments. Someone later pointed out that that was twisted, flipped around, and completely re-written version of a comic by Rebecca Cohen that has a completely different message. 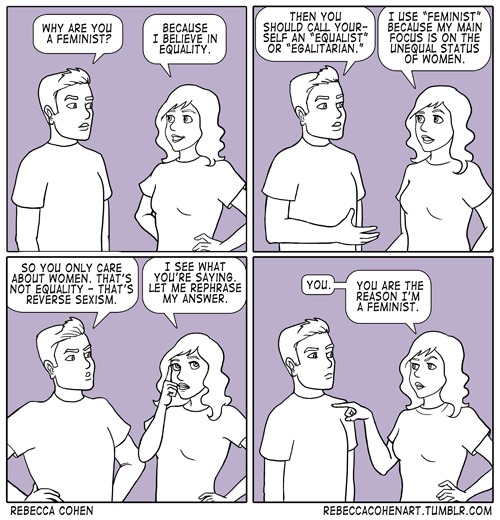 You know, that’s kind of appalling — these bozos can’t even be original, and steal other people’s art to corrupt to fit their message. Get your own damn art, liars!