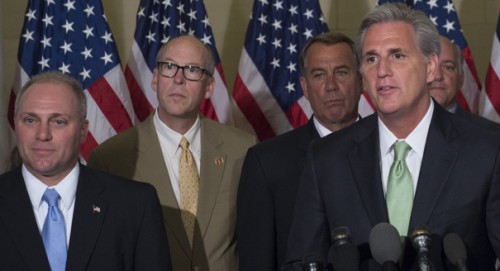 This is called stating the obvious.

A detailed report commissioned by two major Republican groups — including one backed by Karl Rove — paints a dismal picture for Republicans, concluding female voters view the party as “intolerant,” “lacking in compassion” and “stuck in the past.”

Women are “barely receptive” to Republicans’ policies, and the party does “especially poorly” with women in the Northeast and Midwest, according to an internal Crossroads GPS and American Action Network report obtained by POLITICO. It was presented to a small number of senior aides this month on Capitol Hill, according to multiple sources involved.

Don’t cry for the Republicans, though. They have a plan to connect more deeply with women…I think it involves vaginal probes and yelling loudly at them.

Developmental plasticity is not Lamarckism » « Hey, what is the current Republican position on climate change?