Weird, isn’t it, how shocking it is to see a Big Name saying something that isn’t stupid? 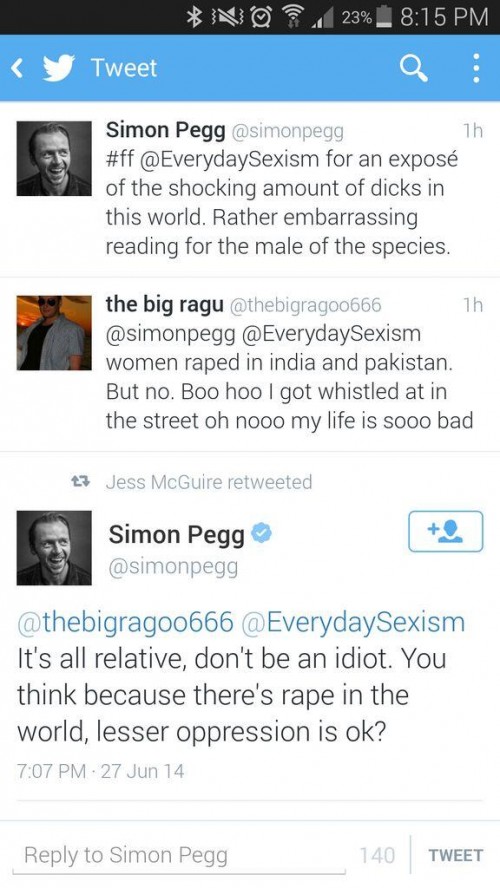 It’s such an easy concept to grasp, that large crimes don’t nullify smaller ones, but it’s surprisingly rare, and surprisingly gratifying, to see the wealthy and privileged actually express it.